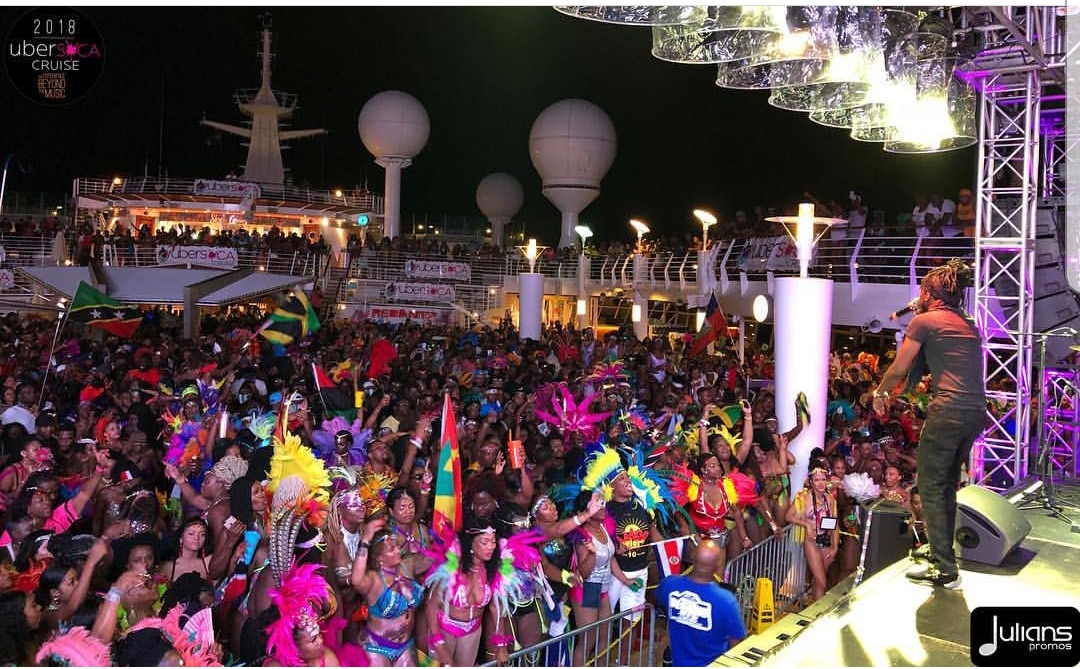 First off, I’m writing this from beyond the grave, because I think I left my spirit on the Mariner of the Seas.  I don’t think Royal Caribbean was at all ready for the level of slackness that took place on di people boat. Neither was I. And this was my second time on Ubersoca!!
It’s been so hard to focus on anything other than the EPIC experience that was Ubersoca Cruise. Getting any work done today has clearly been a big joke. I'm finally connected to the “good wifi” so all these pics and videos are ready to get posted. I think all the cruisers are secretly enjoying making those who couldn't be there jealous with the crazy footage, especially after the headache of the eternal buffering provided by Royal Caribbean’s Surf & Stream package. At least Whatsapp was working...

But let me tell you why you need to experience Ubersoca Cruise, at LEAST once...
5. No designated drivers needed!
One of the best things about having carnival on a cruise ship, is the convenience of leaving your car keys out of sight and out of mind. No need to worry about deciding who's gonna be the responsible one to drive allyuh home at the end of the festivities. Drink til you pass out, then crawl back to your cabin.

4. See your favorite soca artists in a new light.
Imagine artists being booked to perform for one of the most innovative carnival events to hit the scene in the past decade. "Stuck" on a cruise ship for 5-10 days, among a sea of their fans. Sounds like a potential nightmare. But in essence, one could see it as a paid vacation (I know I would!) The vibes from the artists aboard Ubersoca were welcoming and inclusive. They stopped for pictures, participated in a variety of events, and partied right alongside us. It was nice to see them enjoying themselves during their down time, fellowshipping as a soca family, and enjoying the opportunity to fete without being on every line up. Networking opportunities were happening all over the ship, too.

3. There's never a dull moment on Ubersoca...
Themed parties, ice skating, dinner dates, late night foops, theatre turn ups, fitness classes, singles mixers, after parties, after parties, after parties...there was ALWAYS something to do on Ubersoca Cruise. I just want to give a huge kudos to the USC Committee for leaving no stone unturned. No wine left behind. For thinking outside of the carnival box and providing an itinerary that hit all the major "must haves" for a carnival weekend AND adding some new and interesting things for people to get into. If only I could get up early enough to hit those fitness classes... If you were bored on this boat, that was on YOU!

2. DJ, let me see you woorrrrrrk!
This right here is a DJ appreciation post. The DJs on Ubersoca understood their demographic. They understood the seriousness of the jam. They knew we did not pay we money to hear the same old, same old soca set. The versatility of the music played left little to be desired. Pace was set. Vibes were curated. Wukkups, juks, stabs and slow wines were encouraged, sustained, maintained and GIVEN by the DJs. I won't lie, being on Ubersoca was like being in some alternate soca universe where you were hearing tunes you ain't heard in a while, as well as tunes that would soon be your favorite by the time we reached debarkation. Islands were well traveled by the DJs during their sets, man. So refreshing. Thank you DJs for making the people "do something crazy"!

1. Small islands. Massive vibes.
The love that small islands received on Ubersoca warmed my heart to the core. Quick shout out to the Virgin Islands, because I think their whole population was booked for Ubersoca! DJs were not afraid to buss these chunes and the Ubercruisers did not hesitate to let you know what chunes are HOT in the streets. You will absolutely leave Ubersoca Cruise with a new appreciation for small island vibes, people and music. Seriously, island people are friggin' gorgeous, talented and innovative. The love and unity exhibited through the duration of the cruise is something the rest of the world could take a lesson from. Bunji spoke on this during the last fete, accompanied by a huge flag made up of all island flags stitched together floating over the sea of feters. It was a beautiful moment. (I wanna know who snuck a sewing machine on the ship tho.) 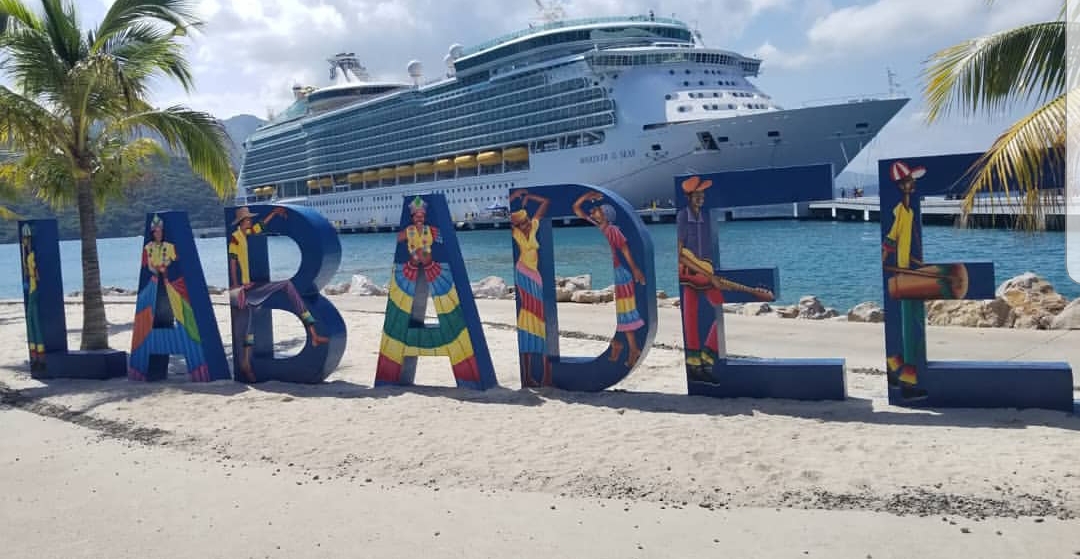 Ubersoca Cruise was my kind of getaway. I spent some much needed quality time with my best friend. My carnival crew provided nuff vibes and laughter whenever we linked up. I met new people from new places. I collected my life on this cruise. This one is truly for the soca lovers. And perhaps if you weren't before the cruise, you'd be one by the end. The power of soca is real. Ubersoca Cruise knows this. And in the words of Kes, "I shall return. And I must come back." See wunna next year!